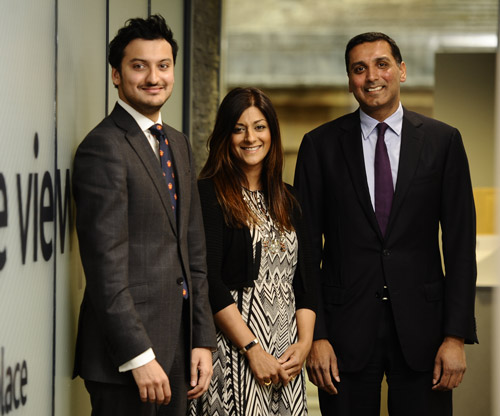 The Scottish Ethnic Minorities Lawyers’ Association (SEMLA) started opening the doors to the profession for its members last night as the group’s first networking event took place at the Glasgow offices of Harper Macleod.

SEMLA was set up with the aim of providing guidance and assistance to the country’s young ethnic minority lawyers and law students, tackling their under-representation in many aspects of the Scottish profession.

Following a successful launch in July, supported by some of Scotland’s leading legal figures, the group was overwhelmed by the positive response to the inaugural event which saw around 40 attendees hear from Martin Darroch, chief executive of hosts Harper Macleod, before enjoying an evening of refreshments and networking.

Omar Ali, a member of the SEMLA committee and a partner at Harper Macleod, said: “We were delighted by the turnout and enthusiasm at our first event, which was a great opportunity for members and prospective members to meet in a relaxed environment.

“Already our more experienced members are able to pass on their guidance and assistance to those starting out in the profession and it’s a fantastic way to build up connections.”