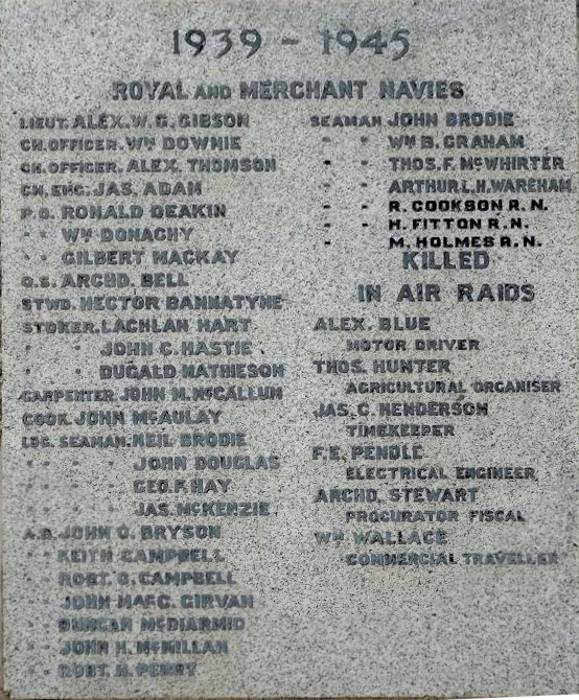 Today is Remembrance Day. Inevitably, our attention, quite appropriately, lies with those who did not return home at the end of the First and Second World Wars and other conflicts. That includes members of the legal profession, both solicitors and advocates. But we must also remember those who were killed as a result of bombing raids in Scotland. Today presents an opportunity to share the little known story of Archibald Stewart.

Mr Stewart, procurator fiscal at Campbeltown was killed on 9 February 1941 when a single bomb, having missed the harbour, landed on a house on an adjacent hillside outside Campbeltown. The bomb destroyed the house and killed Mr Stewart. His death is commemorated on the local war memorial.

This was the second bomb during the war to land on Campbeltown (an earlier raid was made on November 6 1940). It was unclear if the second raid was a chance event or if it was linked to the Germans being aware that training facilities had recently been relocated to Campbeltown. It seems from accounts that the second bombing raid appeared to be a more sustained and deliberate attack, intended to mine Campbeltown Loch and the harbour.

Mr Stewart had been appointed to his post in 1931. Following his death, his son, Archibald Ian Balfour Stewart, was appointed procurator fiscal in succession to his father, at the age of 25.

He had graduated in law and joined his father’s firm of Stewart Balfour & Sutherland at Campbeltown.