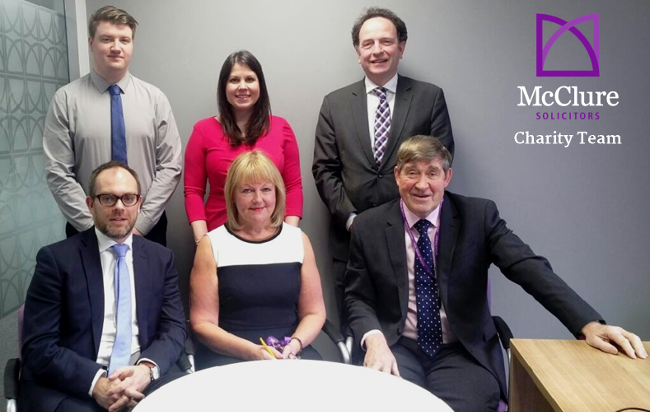 A law firm in Edinburgh has signed up to write wills for charity – for the fourteenth year in a row.

McClure Solicitors has joined the annual Will Aid will writing campaign which sees solicitors across the UK volunteer some of their time and expertise in November to write basic wills for local people, waiving their usual fees and instead inviting people to make a donation to Will Aid. Donations support the work of the nine partner charities.

The firm has raised £28,789 for the nine charities involved since it joined the scheme.

Andrew Robertson, managing director of the firm said: “We can’t wait to be involved in the Will Aid campaign again and plan to raise a record-breaking sum in 2018.

“Will Aid has helped us reach people in our local community who do not have a will but it has also allowed us to contribute to the wider community by raising money for charities who do incredible work day-in-day-out.”

It has raised more than £20 million for these charities since it launched 30 years ago.

Campaign director Peter de Vena Franks said: “One in three people die in the UK without making a will leaving confusion and chaos behind along with the sadness of losing a loved one.

“Will Aid encourages people to prepare this vital piece of paperwork at the same time as making a difference by raising money for charity.

“We are thrilled that McClure Solicitors has joined this year’s campaign. They have contributed a great deal to our fundraising efforts in the past and I know they will continue to work with us in future.”

Law firms across the county are being asked to sign up and pledge a portion of their time to write basic wills, with clients donating their fee.

The recommended donation for a basic Will Aid will is £95 for a single will and £150 for a pair of mirror wills.

Any additional work to the will can be charged separately and is paid to the law firm.