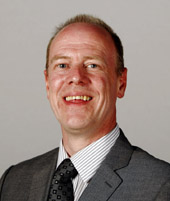 Pubs, supermarkets and clubs wishing to sell alcohol will need to prove they can reduce their customers’ drinking under new proposals by MSPs.

The plans would see local authorities forced to block bids by businesses for licenses where they are unable to prove they would attempt to reduce customers’ consumption of alcohol.

However, the proposal, contained in the Air Weapons and Licensing (Scotland) Bill has been described as unworkable given as businesses have no control over customers’ consumption habits.

Some have called on authorities to enforce underused existing legislation which makes premises liable for prosecution for selling alcohol to drunk customers.

One prominent figure in the licensed trade said: “How do licensing boards reduce consumption? They simply can’t.

“But you can’t regulate the amount of alcohol people buy for domestic consumption nor the amount they drink in their homes.”

The stage one report of the bill recommended a new principle surrounding over-consumption which boards would need to consider.

This would be in addition to five other principles found in current licensing legislation meant to protect, children, health and the general public from nuisance related to alcohol.

Licensing boards would also need to have “over provision” policies to deal with areas saturated with licensed businesses.

The report states: “Given the overwhelming evidence received of harm and links to disorder from over-consumption, an additional licensing objective should be added to the 2005 Act relating to the reduction of consumption.”

He added: “Licensing boards should have goals to protect and improve public health and clearly over-consumption of alcohol affects public health greatly.

“The inclusion of an explicit objective would ensure all boards must consider public health impacts in the future.”

Chairman of Glasgow Licensing Board, Bill Butler, said the proposal came about without consultation.

He added: “We want to know what having a licensing objective on over-consumption would add and how it would be enforced?

“Protecting and promoting health is an existing licensing objective and there is also a range of criminal offences that target drunkenness.”

The Wine and Spirit Trade Association, which represents a number of major supermarkets on alcohol issues, said the committee did not acknowledge declining levels of alcohol consumption, hospital admissions and deaths.

Chief executive Miles Beale said: “Scotland already has a fifth licensing objective, on health, the application of which has not been evaluated and so its impact is entirely unclear.

“With clear progress being made and no evidence the fifth licensing objective is having any impact, it is bemusing that more unworkable objectives are being proposed.

“This will certainly add to the complexity of the licensing system while doing nothing to tackle alcohol related harm.”