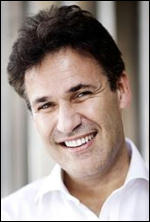 The body overseeing civil courts has recommended that an online court be created to deal with claims up to £25,000.

The Civil Justice Council has proposed lawyer-free, virtual dispute resolution courts to be made available within two years.

The report, backed by master of the rolls Lord Dyson, head of the civil judiciary in England and Wales (pictured below) suggests that existing systems, such as the disagreement negotiation procedure used by eBay and Cybersettle’s blind-bidding operations are worthwhile studying.

The system proposed would see a three-tier process comprising evaluation via interactive services, negotiation with facilitators and, where parties cannot come to a resolution, intervention by a qualified judge who would rely on online submissions.

Rulings would have parity with courtroom judgments.

Principal author of the report Professor Richard Susskind, who is also president of the Society for Computers and Law, said the UK was trailing other countries who have started introducing online elements to their legal systems.

Professor Susskind recommends, among other things, “automated negotiation” in which cases may be dealt with “without the intervention of human experts” by using blind bidding processes.

The report also calls on the Ministry of Justice to use some of the £75 million assigned to modernising technology within HM Courts and Tribunal Service (HMCTS) on a pilot project this year.

It states: “ODR is not science fiction.

“Each year on eBay around 60 million disagreements amongst traders are resolved through ODR.

“This is a well established way of resolving disputes, appropriate for the internet age.

“Other jurisdictions, notably Holland and Canada, are already forging ahead.

“If we aspire to have a court system that leads the way, then we already have some catching up to do.”

The report also notes that money for HM online court (HMOC) could be garnered from saving in traditional courts.

It provides: “If a large number of disputes come to be resolved by HMOC, this would have significant implications for the court estate.

“There will be a reduction in need for many of the current buildings and the land on which they sit.”

Professor Susskind said: “The current system is too costly, too complex and too slow, especially for litigants in person.

“We call for support from all the political parties for that will reduce costs and increase access to justice.” 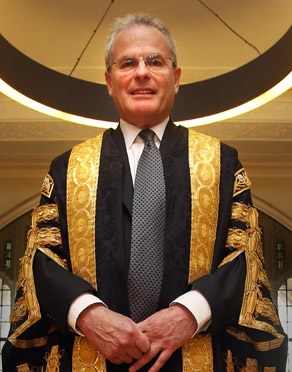 Lord Dyson, who is chairman of the civil justice council, said: “There is no doubt that ODR has enormous potential for … the 21st century.

“Its aim is to broaden access to justice and resolve disputes more easily, quickly and cheaply.

“We have been very slow off the mark in this country.

“I was in Singapore and Australia recently and I was ashamed to see what they are doing there.

“When you go around our county courts you see mountains of paper everywhere.”

On the question whether such courts would lack authority and that litigants may becomes less honest, Lord Dyson said: “There are an awful lot of people who don’t tell the truth in courts that do have a lot of gravitas.”