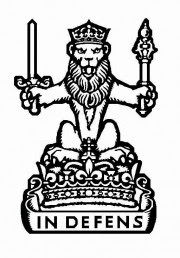 Scotland has seen a 20 per cent increase in hate crimes against people with disabilities since 2013/14, according to Crown Office figures.

However, the Crown Office report notes “a broad consensus that this type of crime continues to be underreported compared to other forms of hate crime”.

Lord Advocate Frank Mulholland QC said: “I’ve previously stated that I believed disability-related crimes were under reported compared to other hate crimes and feel that is still the case.

“Following a lot of hard work and interaction with the disabled community, however, this is beginning to change.”

Jan Savage, policy group chair for Disability Agenda Scotland, agreed the number of reported disability hate crimes were “just the tip of the iceberg” and cited the murder of Lee Irving in Newcastle as an example of “the discrimination and physical and verbal intimidation which people who have learning disabilities experience day in, day out”.

She said: “It is heartening to see police and prosecutors dealing with the problem robustly, but disabled people need to have more confidence in the reporting system.”

There was also a rise in Islamophobic and anti-Semitic hate crimes over the past year, contrasted with an overall fall in the level of hate crimes based on sexuality, race and religion.

The Lord Advocate commented: “I want to reassure these communities that the full force of the law will be brought to bear on anyone engaging in this hateful and divisive conduct and would urge victims of all forms of hate crime to come forward and not suffer in silence.”