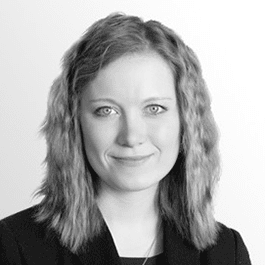 Not every mis-sold loan results in the customer’s business failing writes Liina Tulk (pictured) in an overview of the recent Court of Session decision in the case of John Glare v Clydesdale Bank Plc.

Over the last few years many SMEs have blamed Clydesdale for mis-selling them Tailored Business Loans (“TBLs”). TBLs took various forms but generally they were fixed rate business loans with breakage charges on early termination. Most mis-selling claims centre on the Bank’s failure to explain the breakage charges to the customers properly. There is no doubt that there were significant shortcomings on Clydesdale’s part when explaining the downsides of the TBLs to its customers at the time they were entered into and Clydesdale itself has admitted this in several cases. Clydesdale also admitted in John Glare’s case that the TBL had not been an appropriate product for Mr Glare. However, as Mr Glare’s case demonstrates, establishing that a Bank has missold a product does not in itself mean they have also caused all or some of the losses suffered by the customer thereafter.

Causation – not always an easy hurdle to overcome

In summary, Mr Glare’s case against Clydesdale was based on the premise that but for the misselling (i) he would have sought and obtained a variable rate loan and (ii) his business would have succeeded and he would not have been made bankrupt.

Lord Docherty in the Court of Session did not agree with Mr Glare on either of those assertions. He found on the evidence before him that Mr Glare had in fact sought a fixed rate loan, as opposed to a variable rate loan. Furthermore, even if hypothetically Mr Glare had sought and secured a variable rate loan, during the relevant period in question in 2008, the interest Mr Glare would have paid under a variable rate would have been the same as that paid under the TBL. In 2009 Mr Glare actually paid no extra interest. Instead it was debited to his overdraft account. In these circumstances Mr Glare had failed to show that being on a fixed rate had any adverse impact on his business in 2008 and 2009. On the contrary, the evidence showed that it was the credit crunch that caused his business to fail.

Mr Glare’s business had been operating at a loss over the preceding years and failed to meet the financial projections he had set for the business. His relative inexperience in the area of hospitality also contributed to the Court’s reluctance to accept that his business would have done as well as some other well established, higher market wedding venue and conference centres. The Court also did not consider it to be realistic that Mr Glare’s ex wife, Mrs Glare, and his uncle would have injected a total of £1.25 million into the business in April 2009 in order to save it. Majority of that payment (£1 million) would have come from Mrs Glare and based on the evidence available it seemed very unlikely that she would have made such a lump sum payment in 2009. While as part of the divorce settlement in 2012 Mrs Glare was to pay Mr Glare £750,000 that was to be done in instalments over more than 3 years. By October 2015 she had only paid about half of £750,000 so it seemed unlikely that she would have agree to or been able to pay £1 million in a single lump sum payment in April 2009.

Mr Glare’s case is a cautionary reminder to all dissatisfied TBL customers, as well as those who took out interest rate hedging products with other lenders, that the simple fact that the bank missold a financial product does not in itself mean that all of the customer’s subsequent losses were necessarily caused by the missold product. Causation is always the trickiest and hardest hurdle to overcome in any litigation – it requires the parties to effectively paint alternative realities and prove on the balance of probabilities that the picture they have painted is likely to have happened but for the misselling.

While aggrieved customers may genuinely feel that all of their losses can be attributed to the misselling, often the Courts are not willing to adopt that view as easily. The work required to prove causation can often be a lot more time consuming and costly than most people would imagine, especially when you are looking to prove that the business (in Mr Glare’s case the business was in a sector notoriously badly hit by the crash, namely the hospitality industry) would have been a success despite the credit crunch. This is not to say that causation is impossible to prove – far from it – but it is costly and not always likely to result in the level of losses aggrieved customers may initially feel they are entitled to.

Impact of John Glare’s case on the legal landscape

So what, if any, has been the impact of the Court of Session’s recent decision on the misselling legal landscape? Firstly and critically, the case was very fact sensitive – dealing with Mr Glare’s business and the options available to him at the time – and therefore is unlikely to create any legal precedence.

It does nevertheless, probably, provide Clydesdale and other banks with more optimism as far as misselling litigation is concerned, and is likely to engender a view that such claims can be unsuccessfully defended on grounds of causation.. It also acts as a cautionary reminder for potential pursuers that proving misselling is only part of the battle and the real hurdle often lies in causation.

We do not anticipate John Glare’s case hindering further litigation against banks for misselling in cases where the missold customers’ businesses were financially viable and more likely to succeed but for the misselling. Successful misselling claims in London have been a good example of that. It nevertheless remains to be seen how many more successful claims will be brought against banks in Scotland. 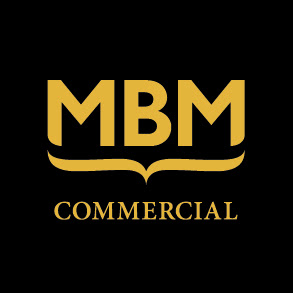