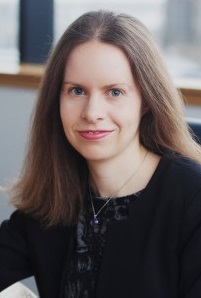 Laura Hay (pictured) provides an update on the Community Empowerment (Scotland) Bill. The bill was passed by the Scottish Parliament after a Stage 3 debate on 17 June. The commencement date has still to be announced.

Extension of Community Right to Buy

The key provisions of this section of the Bill are largely unchanged from the original draft. The main changes to the Community Right to Buy are as follows:

At present, areas with a population exceeding 10,000 are excluded from the Community Right to Buy. It has now been extended to cover all land in Scotland, save for mineral rights to oil, coal, gas, gold or silver.

The list of legal entities which qualify as “community bodies” and are entitled to exercise the Community Right to Buy has been extended to include Scottish Charitable Incorporated Organisations and Community Benefit Societies.

The time period to complete the purchase of the land has been extended from 6 months to 8 months.

The definition of “community” has been amended to make it easier to establish the necessary link between the community and the land.

These changes are intended to make it easier for community bodies to exercise the Community Right to Buy.

My previous blog commented on the proposed introduction of a right to buy “abandoned or neglected land” if the owner is unwilling to sell. I suggested that “abandoned or neglected” should be defined in the legislation to provide clarity for landowners. However no definition has been added to the final version of the Bill. In fact, the definition of eligible land has been expanded to include the right to buy land if the “use or management of the land is such that it results in or causes harm, directly or indirectly, to the environmental wellbeing of a relevant community.”

“Environmental wellbeing” is also undefined in the Bill. During the debate it was said that it is intended that this term will have a “broad meaning”, which will not be restricted to physical harm, but will also cover harm to the amenity of a community. “Boarded-up shops, unoccupied housing or algae-filled ponds” are the examples given in the debate.

Before submitting an application to exercise the right to buy, the community body must approach any relevant regulator (such as an environmental authority) and request that they attempt to remedy or mitigate the harm. They must also show that if the land remains in its current ownership, it is unlikely that the harm will be “substantially removed”.

Certain areas of land are specifically excluded, such as land on which an individual’s home is situated (unless occupied under a tenancy) and croft land. A new register known as the “Register of Community Interests in Abandoned, Neglected or Detrimental Land” will be set up to publish details of the applications made by community bodies.

The Scottish Ministers may make regulations setting out the factors that they will consider in determining whether land is eligible. Each application will be reviewed by them. In the absence of a more precise definition of “eligible land” in the Bill, it will be interesting to see how the Ministers exercise the discretion that has been granted to them.