And finally… emoji becomes Apple of discord in homophobic Russia 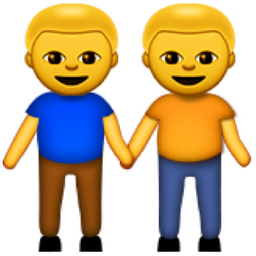 Russia’s media claims that police are investigating tech giant Apple over its illegal promotion of homosexuality in the country after it introduced LGBT emojis on its devices.

Officials in Kirov have apparently launched a case after concerns Apple is in breach of the law were raised by a local lawyer.

Yaroslav Mikkhailov argues the company is breaking a law which prohibits the promotion of homosexuality to minors.

The emojis depict same-sex couples and families. If found guilty, Apple could be fined between 800,000 and 1 million roubles – £8,000 to £10,000 and it could be suspended from Russia for up to three months.

Apple was caught by Russia’s homophobic laws last year when one legislator, Vitaly Milonov, said its products should be banned because the company’s CEO, Tim Cook, is gay.

In another instance a member of the government complained the automatically-dowloaded U2 album, which attracted widespread ire for concerns about artistic quality rather than sexuality, was gay propaganda.