Blog: Addressing the problem of human rights for children 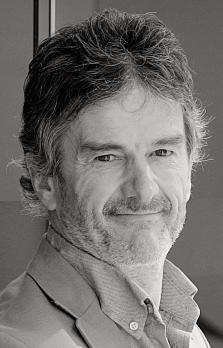 Next year marks 25 years since the UK signed up to the United Nations Convention on the Rights of the Child (UNCRC). This international human rights treaty recognises children as individuals with rights, in their own right – not as possessions of their parents or anyone else. Under the CRC, the Scottish Government and Scottish Parliament both have a responsibility to act in the best interests of children.

As Scotland’s national human rights institution, the Scottish Human Rights Commission has a keen interest in making sure that the rights of children and young people are fully respected through law, policy and practice. We work closely with Scotland’s Commissioner for Children and Young People and civil society organisations to identify, monitor and report on areas of concern, as well as progress.

week, in our role as a bridge between Scotland and the international human rights system, the commission submitted a report to the United Nations Committee on the Rights of the Child. Our report highlighted a series of issues where laws, policies and practices still do not treat children as people with rights, or fail to respect their rights in reality.

Violence against children is still legal when it comes to punishment in the home. There is a continued lack of affordable, quality childcare for every child who needs it. The cumulative, damaging impact of spending cuts risks pushing more and more children into a life of poverty without adequate housing, food or warmth. Gypsy traveller children experience particular discrimination and are living in terrible housing conditions. Children in detention are still living in poor conditions. The age at which a child can be held criminally responsible remains extremely low.

All of these issues – and more – were included in our report, as well as reports by Scotland’s Commissioner for Children and Young People, charities and civil society organisations.

That’s the bad news. But what positive steps can Scotland take to make a reality of every child’s internationally recognised rights?

In some cases, simple steps could make a big difference on specific issues. For example, the Scottish Parliament could repeal legal defences to corporal punishment and do more to promote non-violent forms of discipline to parents. Police Scotland could immediately end the practice of unlawful stop and search – those many searches that have no legal basis. The Scottish Government could prioritise resources to increase the availability of decent, affordable childcare for everyone who needs it.

During the passage of the Children and Young People (Scotland) Act 2014, the commission, along with many others, argued for the full incorporation of the CRC into Scotland’s domestic law. We still believe this would make a significant difference to improving children’s lives.

Incorporating international human rights into our laws brings them closer to everyday life for everyone – they become more tangible, accessible and understandable. It also means that people have remedies, here at home, when things go wrong – their rights become directly enforceable. Incorporating the CRC – and other international human rights treaties – would weave and embed respect and protection for children’s rights throughout law-making, policy and practice.

But other changes could help too. The commission would like to see all Scottish and UK Government budget decisions go through a rightsbased analysis, so that the impact of different spending decisions on people’s rights is clear and open to scrutiny. This should be done in a way that disaggregates the relative impact of budget decisions on children and other groups. Putting rights protection at the heart of decisions about priorities for public spending would help to prevent outcomes like the negative impact of welfare cuts on child poverty.

The commission also believes that all laws and policies should be routinely assessed for their impact on people’s rights, again disaggregated for the different impacts on different groups of people.

Finally, SNAP is taking action to raise awareness and understanding of rights, and to improve practices that affect everyone’s rights in areas like health, social care, housing, living standards, justice and safety. As the principal body with responsibility for realising everyone’s rights – children, young people and adults – the Scottish Government must continue to support SNAP’s implementation with sufficient resources, a willingness to work in partnership and robust leadership.